Congress politician Shashi Tharoor is going to be tried for abetment of the suicide of his wife Sunanda. I will not go into the details of his case, which are sub judice. Instead, let me make the overriding point that India’s suicide law is illogical and immoral, and needs to be rejected or re-interpreted by the courts.

The law calls suicide a crime. That is outrageous. My younger brother, a brilliant Rhodes scholar, committed suicide. So did boys in my school and college. They were tormented by the tribulations of life, fought with inner demons, and succumbed to stress that other folk can cope with. Surely they are victims, not criminals. Many state governments give compensation to the families of farmers who commit suicide. Compensation is given to sufferers, not criminals.

Since suicide is a crime, the law also makes abetment to suicide a crime. The dictionary meaning of “abetment” is “assistance”. If a doctor assists a patient to commit suicide, that is abetment. But hardly anybody is arrested for that.

Rather, policemen and judges have begun interpreting “abetment” to mean “driving people to suicide”. This is an unwarranted twisting of the meaning of abetment. Driving somebody to suicide is completely different from assisting suicide, and cannot be called abetment. 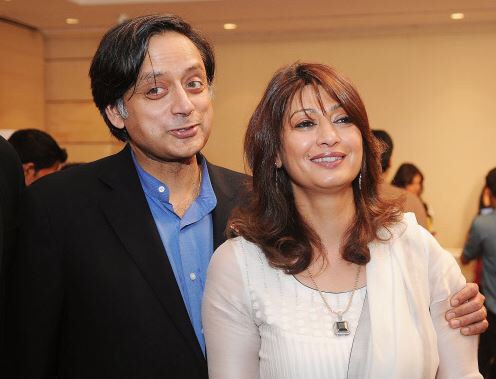 CAUSE CELEBRE: If suicide is now presumed legal, how can abetment be deemed illegal?

In any case, “driving somebody to suicide” is more a rhetorical flourish than a concrete concept. Every year, thousands of students commit suicide because they fare badly in exams. Can you logically argue that they have been driven to suicide by parents putting pressure on them, or by teachers who set tough questions? Does it make sense to prosecute the parents or teachers for abetting suicide?

Many debtors kill themselves. Should bankers who lent to them be prosecuted for driving them to suicide? Many people lose property in court cases and commit suicide. Should the judges in question be jailed for abetting suicide? Surely not.

Kalikho Phul last year split the Congress party in Arunachal Pradesh and became chief minister with the connivance of a helpful governor. The Supreme Court struck down the governor’s action, and ousted Phul. Humiliated and anguished, he committed suicide. Should his suicide be called a crime? Should the Supreme Court judges be accused of driving him to suicide, and hence jailed for abetment? No, the whole concept of “driving to suicide” is vague and ambiguous, and should not be confused with abetment, which means “assisting.”

The suicide rate in India, and indeed globally, is around 11 per lakh people, or 0.01%. The rate can rise tenfold to 0.1% in great disasters, but even then 99.9% of people remain suicide-proof. The rate is the same in rich US and poor India. The Indian suicide rate is highest in Puducherry and Kerala, but low in Bihar and UP, not because harassment and deprivation are greater in the south, but because cultural attitudes to suicide are different. Women are harassed far more than men, yet the male suicide rate is thrice the female rate globally, because men are more suicide-prone.

Through most of history, all but a tiny elite lived on the edge of starvation, and died in millions in droughts and epidemics. Even so 99.9% did not commit suicide, since the desire to live overwhelms the worst deprivations. Millions preferred to die horribly rather than kill themselves in the Bengal famine or holocausts of Hitler and Stalin.

Many unfortunates commit suicide because of depression and mental ill-health. They cannot stand the stress of quarrels with spouses and relatives, unfair treatment, or failures in love, business and exams. They should be viewed as victims of mental ill-health, not criminals.

India has just put into effect the Mental Health Care Act. This does not formally decriminalise suicide. But it provides that those attempting suicide will be presumed to be victims of mental ill-health, and hence protected from criminal prosecution. That is a welcome step forward.

However, if suicide is now presumed to be a legal act, can abetment to such a legal act be deemed illegal, as in Tharoor’s case? Surely not. The government can still prosecute people for criminal cruelty and harassment as defined by the law. But not for abetting suicide.

Tharoor rejects as absurd the notion that Sunanda committed suicide. Let the facts be discussed in court. But even on the most unfavourable interpretation of facts, the causality between his actions and her death is far less clear than the causality between the Supreme Court’s decision and Phul’s suicide.

DISCLAIMER : Views expressed above are the author’s own.

Swaminathan S Anklesaria Aiyar is consulting editor of The Economic Times. He has frequently been a consultant to the World Bank and Asian Development Bank.. . .