As the Coronavirus epidemic spreads haunting imagery has emerged at the virus epicentre in Wuhan, China.

Haunting moments captured inside the epicentre of the Coronavirus

Distraught relatives have farewelled medical volunteers headed for Wuhan’s coronavirus ground zero on what has been likened to a “Chernobyl” like “suicide mission”.

Footage has emerged of relatives tearfully saying goodbye to doctors and nurses on a mission which has been compared with Soviet first responders heading into the Chernobyl nuclear reactor after it exploded.

The 1986 Chernobyl disaster was the world’s worst nuclear accident. 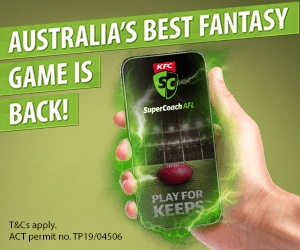 The volunteers to Wuhan’s frontline to treat coronavirus-infected patients has been described as a “coronavirus suicide mission”.

American politician Solomon Yue issued a sombre tweet in response to one video of families sobbing and hugging as their medically trained relatives board trains or buses.

“Like Chernobyl firefighters, some of those doctors and nurses WON’T come back to their loved ones,” Mr Yue posted on Twitter.

“This is a #coronarvirus suicide mission for many of them. God bless them.”

Thousands of doctors and nurses are saying goodbye to their families as they’re deployed to Wuhan to fight the coronavirus outbreak. 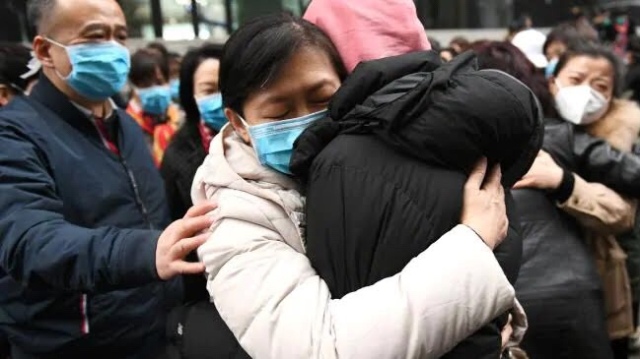 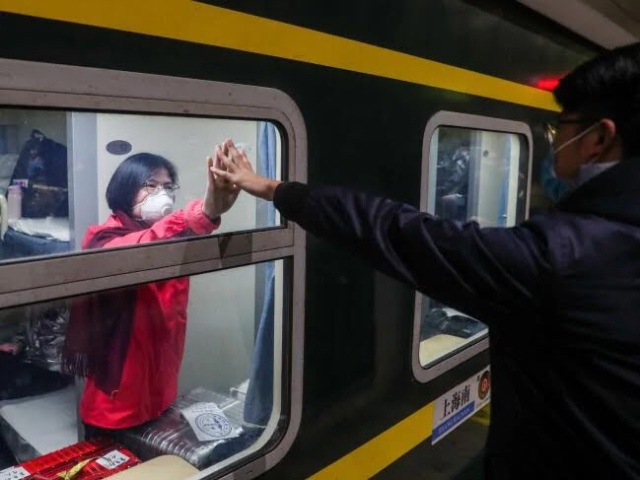 Nurse Wu Lingling farewells husband Zhao Kun before leaving for Wuhan in what has been described as a ‘suicide mission’. Picture: Ding Ting/Xinhua/ZUMA/Australscope Source: australscope

One politician has said some medical workers farewelled (above) to Wuhan “won’t come back to loved ones”. Picture: Radio Free Asia Source: Supplied

In Xian, in central China, one doctor was filmed by China Central Television having a “last breakfast” with his wife before heading to the frontline in Wuhan.

First Affiliated Hospital of Xian Jiaotong University chief physicist Dr Liu Yu, at the is one of 137 medical staff assigned from Shaanxi province alone to the virus epicentre.

The 44-year-old was filmed with his wife, Zhou Jing, a nurse, preparing to leave for Wuhan, 750km southwest of Xian.

Zhou Jing described how her husband had joined SARS relief work during the 2003 outbreak of that corona-related virus.

“It’s scary when you don’t know much about it,” he said.

“But now we know what kind of virus it is, how it spreads and in which way it spreads, what clinical characteristics it has and how to treat it. 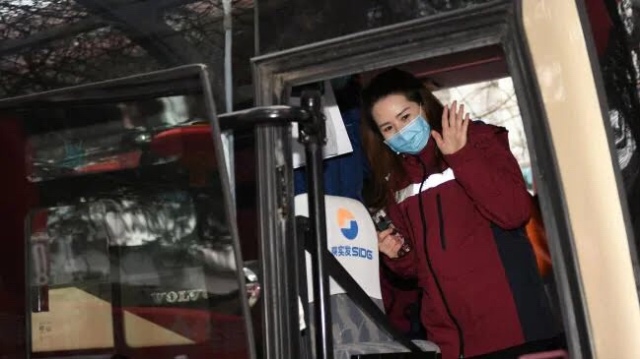 A medical worker waves goodbye in Xian for the 750km journey to the Wuhan epicentre. Picture: Xinhua/Li Yibo Source: AFP

Dr Liu Yu leaves his wife ‘scared’ despite his prior volunteering in two earthquakes and the SARS outbreak. Picture CCTV Source: Supplied

“Now we get the picture. Once we spoke about all these facts, my wife was kind of relieved.”

Zhou Jing said she was “still a little bit in denial and scared, scared overall” about her husband’s journey to ground zero of the coronavirus.

Dr Yu received a video call from his father who said, “we all support you to go to Wuhan to fight this virus”.

“Pay attention to your own safety,” he said.