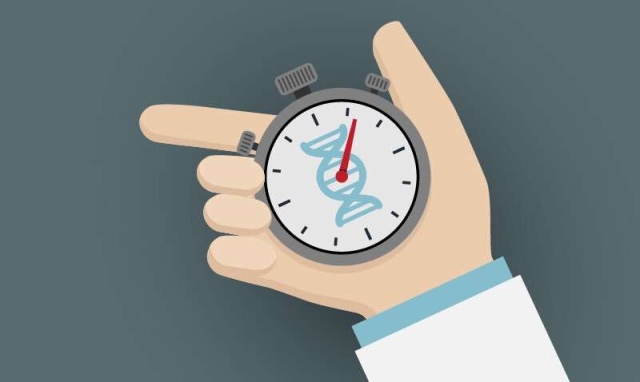 Illustration for the sped-up aging observed in the telomeres of the chromosomes of first-year medical residents, called interns. Credit: University of Michigan

In just a few short weeks, tens of thousands of newly minted doctors will start the most intense year of their training: the first year of residency, also called the intern year. 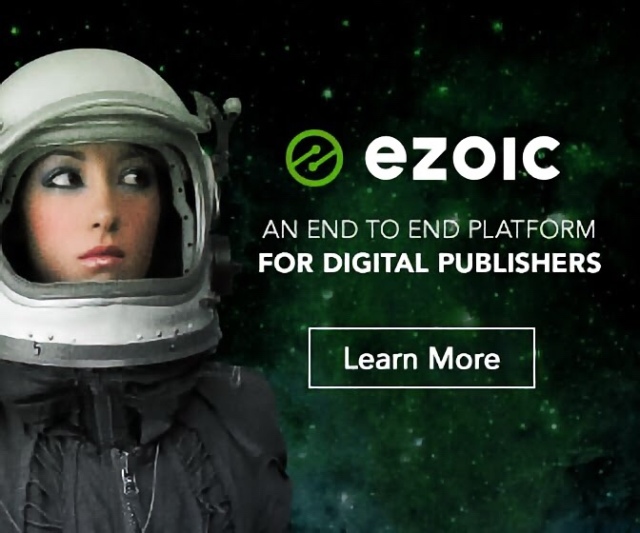 A new study suggests that between now and next summer, that experience will make their DNA age six times faster than normal. And the effect will be largest among those whose training programs demand the longest hours.

The findings about the effect of residency focus on the stretch of DNA called telomeres—which keep the ends of chromosomes intact like the plastic end of shoelaces. The discovery that telomeres shrink in an accelerated way among interns suggest the importance of ongoing efforts to reduce the strain of medical training.

But the researchers say their study also holds implications for other professions and situations that expose people to prolonged stress and months of long hours.

Published online in the journal Biological Psychiatry, the new study is the first to measure telomere length before and after individuals faced a common prolonged intense experience. It involved 250 interns from around the country who volunteered for the Intern Health Study, based at the University of Michigan, and a comparison group of college students from U-M.

“Research has implicated telomeres as an indicator of aging and disease risk, but these longitudinal findings advance the possibility that telomere length can serve as a biomarker that tracks effects of stress, and helps us understand how stress gets ‘under the skin’ and increases our risk for disease,” says Srijan Sen, M.D., Ph.D., the U-M neuroscientist and psychiatrist who is the study’s senior author and heads the Intern Health Study.

He adds, “It will be important to study how telomere changes play out in larger groups of medical trainees, and in other groups of people subjected to specific prolonged stresses such as military training, graduate studies in the sciences and law, working for startup companies, or pregnancy and the first months of parenting.”

Sen’s team worked with Kathryn Ridout, M.D., Ph.D., the new study’s first author, during the research portion of her residency at Brown University. She is now a psychiatrist at Kaiser Permanente in California as well as having an appointment at Brown.

“The current model of intern year training during residency increases trainee stress, which impacts their mental health and wellbeing. These results extend this work and are the first to show that this stress reaches down to the biological level, impacting the well accepted marker of aging and disease risk, telomere length,” says Ridoout. “I was particularly surprised to see the relation of number of hours worked to telomere shortening.”

Sen notes that after the discovery that telomeres protect the DNA in chromosomes from damage—a discovery that earned the 2009 Nobel Prize—research on them in humans has focused on taking snapshots of telomere length, mainly in older adults. This has yielded important discoveries about the links between shrunken telomeres and disease.

Ridout analyzed data from dozens of telomere studies for a meta analysis published in 2016 that showed clear links between telomere length and the risk and severity of depression.

In the new study, Sen and his colleagues asked recently graduated medical students to contribute a sample of their DNA before they began their intern year, and then followed up to get another sample at the end of that year. The interns also took a lengthy questionnaire before their training began, and again at several points during and at the end of the intense year.

The results show that some new doctors went into residency with telomeres that were already shorter than their peers. This included those who said their family environment early in life was especially stressful—which echoes previous findings about the impacts of such an upbringing on telomere length.

Those who scored high on personality traits that together are classed as “neuroticism”—being quick to react and slow to relax, and a tendency to respond with negativity—also had shorter telomeres at the start of intern year.

But when the team looked at the results of the DNA tests taken after intern year ended, only one factor that they studied emerged with a clear link to telomere shrinkage: the number of hours the interns worked each week.

On average, all the interns in the study said they worked an average of 64.5 hours a week. But the more the interns worked, and therefore the more days they put in that were at or above the national limit of 16 hours in effect at the time, the faster their telomeres shrank.

“The responses given by some of the interns in these surveys indicated that some were averaging more than 80 hours of work a week, and we found that those who routinely worked that many hours had most telomere attrition,” says Sen. “Those whose hours were at the lower end of the range had less telomere attrition.”

By contrast, the comparison group of 84 first-year U-M undergraduate students experienced no telomere shrinkage, despite also being in a stressful year-long situation of coping with life at an elite institution of higher education. These students were taking part in a study led by Sen’s colleague at the U-M Molecular and Behavioral Neuroscience Institute, Huda Akil, Ph.D.

Sen’s Intern Health Study has begun collecting DNA samples from many more interns, and is now monitoring their mood, sleep and activity using smartphone apps and commercial activity trackers. He hopes to study the telomeres of future groups of interns to gather more data about how they change over the intern year and how those changes match up with their experiences during the year.

For instance, the frequent changes in shift time—from day to night and back again—during residency has already emerged in Sen’s work as an important factor in mood and circadian disruption. Future studies will explore if this sort of shiftwork increases telomere attrition.

He also hopes that researchers can evaluate whether any practices can protect telomeres from shrinkage or even spur repair and lengthening of these protective stretches of DNA. For now, he says, “Residency directors should do as much as they can to keep their interns’ work hours and work load towards the lower end of the current range.”

And as new doctors prepare to graduate and head into their intern years, he advises them to focus on their mood, sleep and stress-relieving activities as much as they can.

Ridout says she hopes the results will be heeded by the Accreditation Council for Graduate Medical Education and others. “Having completed residency myself and understanding the stress that can come with this training and extended work hours, I am hopeful these data can help inform the decisions of governing bodies that have been debating the importance of regulating resident work hours,” she says. “Our results suggest that reforms in intern training and work hours with a renewed focus on wellbeing is necessary to protect the health and viability of our physician workforce.”