The Secret Illness Of Doctors 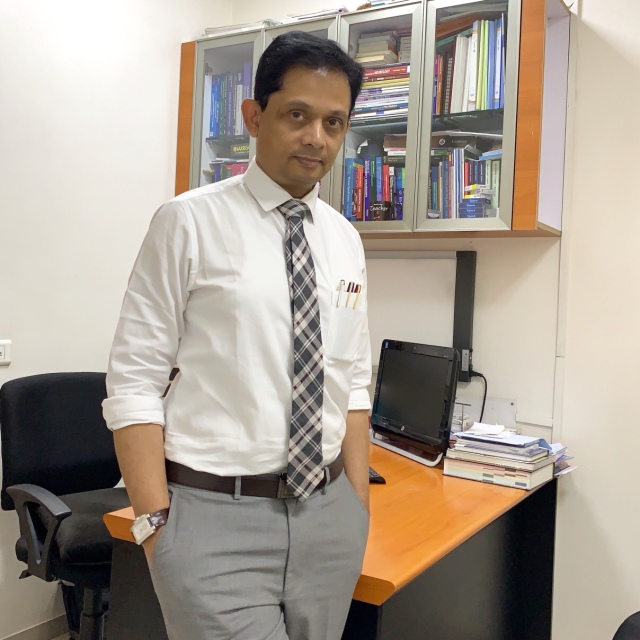 She threw the file upon my table.

“I have no relief doctor. This giddiness is killing me. None of the medicines ever works. No doctor is able to understand my illness. Just give me some tablet and end my life” she was shouting and crying. Her parents accompanying her looked at me with anger and disdain.

She had been to many speciaalists earlier. Most earlier doctors had “wisely shuttled her off to another specialist” due to her hysterical behavior. © Dr. Rajas Deshpande.

I ordered a coffee for her and her parents, asked them to calm down, and explained that I had not found any abnormality upon her physical examination. I told them once again that sometimes we do not recognise stress playing upon our minds. We all think that we are supermen or superwomen who can tolerate any mental activity, behavior or abuse of our physical and mental capacity. Explained, they calmed down, open for suggestions. I referred them to an excellent psychiatrist colleague.

My colleague emailed me the next day after meeting them. The girl was being sweetly pressurised by her family for marriage, and the fear of having to leave the “overcaring and comfort” of her parents was stressing her out. She dramatically improved with counseling for the whole family and medicines for her. © Dr. Rajas Deshpande.

This is a form of abuse that almost every medical practitioner faces on a daily basis. Quarrels and stresses at home, guilts and anxieties, work pressures, irregular and atrocious lifestyles, eating habits and addictions, relationship frustrations of all kinds, personal failures and insecurities are some of the common reasons angry patients and their families unburden themselves upon the medical practitioner. Many want to avoid in-laws, pregnancy, transfers, heavy duty etc.Many do not follow medical advice and experiment upon themselves. Most of these blame doctors for their continuing ill health, little realising that the actual medicine is omitting the cause of their stress. The doctor can only help one identify this cause, suggest strategies to deal with it, but the actual action has to come from the patient and family. © Dr. Rajas Deshpande.

“Doctor Abuse” is common all over the world, but in India it also converts into frank violence. Blaming ‘compassionate communication failure” by the doctor is a joke, a society where even the closest family members do not understand each other for years, how does one expect a doctor to make someone strange ‘understand” a complicated situation? Will our courts and police “explain and communicate effectively” with criminals so that they do not commit crimes again, or will they “warn and punish” the abusers and miscreants? Abuse and violence are NEVER justified in any civil society.

The stress of such “Doctor Abuse” is phenomenal! It has now become so common, that many doctors have stopped admitting patients, many have reduced work hours, and some have even quit the profession. “Excessive stress and fear of abuse” is a secret illness of almost all doctors now!

If a doctor wanted his patients to suffer or die, why will he/ she even go to the hospital? There’s better money in almost all other intellectual professions, why would one choose to spend a lifetime amongst the sick and dying? Most doctors are doing their best for making the patient happy. A little understanding and cooperation from our society will encourage the good doctors to be better, and the bad doctors to follow their example. Violence and force will only worsen the situation. Doctor abuse must go. © Dr. Rajas Deshpande.

Always praying for the best health of patients and now, even doctors!

Tags: The Secret Illness Of Doctors